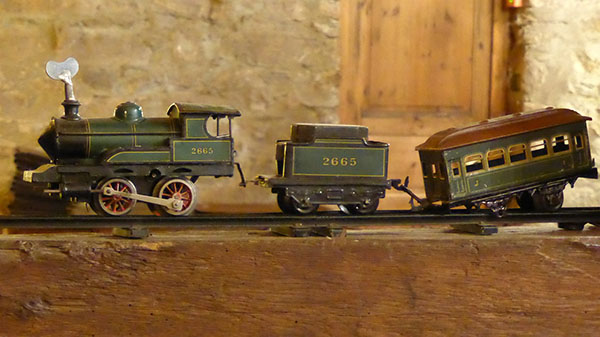 Or, how travelling around Europe with train is an attractive option for your road trip.

The last century or so we have seen the industrial revolution come and go, followed by the age of informatics and low cost airlines. One huge infrastructural change in Europe was the railroad network that now connects the countries on the continent.

Since decades people have seen the benefit of travelling by train through Europe for leisure. This led to the creation of the Interrail pass. Over the years it has been adapted to cater for the demand. Whereas it was restricted to people younger than 26 years, it is now possible to buy an Interrail pass regardlesss of your age. With discounts for teenagers and 65 plus year olds it has become a stronger means of travel than ever before.

The question that many ask themselves when I start talking about train travel through Europe is.. Why would you go by train? The typical reasoning that follows is that the low-cost airlines save you time to get from A to B as quickly as possible, and with as little hassle as possible.

However, there are times when you might want to consider travelling by train..

From backpacking by train to the occasional weekend away

Since my late twenties I have been curious about the European demographic landscape, the history of the continent and the movement of people. If you live in central Europe or in the periphery it is easy to get around with trains. The existing rail network and InterCity lines can take you to large and small cities throughout Europe within a matter of hours. With the Interrail pass this is cheaper and more feasible than many are aware of. I have experience with this lack of insight after many chats with friends about my train trips through Europe. Often they just sit there with eyes large as saucers, surprised at the ease and speed I can move around Europe with train. You read it: Trains.

In this time and age of cheap and fast air travel, train remains an exciting option that many seem to have forgotten. When they do know of it, it is more of a curiosity and an exotic way of travel.

This is a comical fact! Just over half a century ago, train travel was the primary means of getting around on land for people with normal incomes. So what happened? And what are you missing out on by not travelling by train in Europe? Let’s talk about several common misconceptions about train travel. A number of circumstances come into play here. You only have so many vacation days per year, let’s say 20. Most of us don’t want to spend two days on going to and leaving the vacation destination. But rail travel is not that uncomfortable these days. Whatever happened to the saying “the journey is half the experience”?

“This led to the creation of the Interrail pass. Over the years it has been adapted to cater for the demand. Whereas it was restricted to people younger than 26 years, it is now possible to buy an Interrail pass regardlesss of your age. “

Weekend trip by train? Sure, why not

For instance, what if you are travelling to the Mediterranean Sea from a European country on the continent? Or what if you are going skiing in the Alps or the Pyrenees? Or, what if you will stay inland for a city trip in one of the major tourist destinations Amsterdam, Berlin, London or Paris? Then it turns out there are more options. The alternatives are bus, car and train. Trains go on tracks and have been running on the same tracks which were laid out decades ago. Trains have been improved in terms of comfort. This has often been due to demands from business commuters.

It’s time to take a closer look at a few specific arguments that might tip the balance and make you choose train travel.

Horror stories of noisy people, no food (or horrible such) on the plane, delays up to several hours are not unheard of. Checkin times and overpriced food in airport restaurants are part of the reality. And yet we strap on the seatbelt in excitement. Or do we really anymore? With the introduction of low cost airlines a couple of decades ago, airplane travel began to be compared to bus travel. You’re being shuttled from A to B, it’s just that you’re in the air. Long gone are the 1950s when airplane travel was a luxurious experience. The plane ride was a treat in itself. This just isn’t the case anymore. Just like people want more out of their vacations than sun, beach and a bar, people want a travel experience that is in par with the actual destination. In short, we want to be entertained to the greatest extent possible, even when we are on our way to the destination.

The convenience of changing your itinerary with trains

How many times did you use a pamphlet or the advice of a travel agent to find out about a new destination or travel experience that sparked your interest? Now how many times did you accidentally find something interesting at a destination or while doing something completely different and overhearing a conversation between excited individuals? Chances are that the most unique travel experiences you have had were sparked by pure coincidence.

You can give chance a nudge in the right direction. How about increasing the probability of such unique travel experiences occurring more often? Then you need to mix it up a bit. The travel itinerary shouldn’t be too fixed. By allowing yourself to stray for a few hours or even days, to change the next stop on your journey, you are really giving yourself the chance to discover completely new things and meet people you would never have expected to.

What’s stopping us to take the train for our road trips and weekend trips?

There are technical reasons as well as cultural ones. First of all, not all train networks are running on the same electrical systems. Secondly, the train networks are part of national infrastructure which spells out national politics, and one step further, national and cultural interests. To be more precise, historically the train gauges were created with different widths. These tracks are not easily replaced. To have a rail network with seamless connections between countries, these differences need to be catered for by technical solutions. Change the rail gauges, you say? Unlikely. That would introduce huge costs so the laid tracks in Europe are likely to remain.

Furthermore, the public awareness is still lacking with regards to the simplicity of rail travel. In short, the culture would have to change. If people don’t push for more comfortable and faster rail travel, infrastructural changes are less likely to be made. Remember that to increase train speeds, improve train connections and build even more comfortable rail cars, you need to invest huge sums of money. This is nothing like building a new bicycle path between two neighbouring cities.

With the introduction of the European Union and legislations for harmonizing the rail networks in Europe, the first formal steps for political and cultural change were taken. But with the recent development of Great Britain opting out of the European Union, such steps become more complicated. Thought experiment: Consider that France and Germany would take the lead in harmonizing the rail network (between countries), non-EU members would then struggle to cooperate and create mutually beneficial agreements. Where there is will there is possibility. Well, where there is no formal alignment, no matter how much will you have.

An Interrail Global Pass is around 300 Euro. You get to your central train station, wait for the train to depart without any checkin or luggage hassle. You can enjoy the facilities and restaurants in the station less than a minute away from the train platform. You board the train and get a seat that is definitely roomier than what you would have in a plane. You can move around in the train. Let’s say a stop in the bistro carriage for a drink while watching the passing landscape outside.

So what if you have a couple of extra days to spare? And if you want to enjoy the actual travelling as much as time spent at your destination? Then you do have fast connections between cities such as London-Paris, Amsterdam-Berlin, Barcelona-Paris, Milan-Munich, Frankfurt-Munich and many more.

You can also take your time and use regional trains that are at your disposal all over Europe. Although these trains go slower than planes they do allow you to vary the travel route.