Bordeaux sits in the southwest of France by the inlet to the river Garonne. That also made it a sensible place to build a city centuries ago. With a geographical location close to a river, and ocean, and in a maritime climate, it was excellent for agriculture over the centuries. The access to waterways also meant a quick and steady stream of logistics (pun intended) and the trade bloomed because of it.

For the visitor, Bordeaux is nicely tucked into a corner of France. This is pretty evident when I visit the city. Here, the arts have a prominent place in society. The grand theatre that opened its doors in 1780 sits proud and silent on Place de la Comédie, where the national opera is also housed.

It is no surprise to see buildings of old times here, and the city has more than 350 buildings registered as historical monuments. But the grand theatre comes across as a pretty recent build when one considers that there are houses still standing since hundreds of years earlier.

Compared to Paris there is a relative calm over Bordeaux with its blend of medieval and modern (often luxurious) shopping venues. I had heard that people in Bordeaux can be experienced as aloof. But as I encounter locals in restaurants and cafes, I can’t say that it is entirely justified. Sure enough, the French waiter in a restaurant or the French staff in a shop can be brusque. But then again, that can be expected in many larger cities overwhelmed by tourism. Bordeaux is more to the point than would be a smaller town, that is for sure. Furthermore, that makes a lot of sense, as any sleepy town or village will have a slower pace of life.

Maybe, I think to myself, this air of high culture and reserved mannerisms has something to do with the popularity and status of the city as a wine capital in the world. Bordeaux, the region, is known among wine connoisseurs all over the world. Combine that with where wine is drunk and how it is drunk, with finesse if you so will. It then follows how the refined (or so portrayed to be) settings of wine in societies, have associated Bordeaux with high culture. Let us not forget that the region of Bordeaux welcomes more than four million visitors every year, who want to sample the wines that it is known for. Now, the city of Bordeaux only has around 240,000 inhabitants, which means that more than 16 times its population comes to Bordeaux for wine tasting events every year![1]

The intellectual arts are valued in Bordeaux, as seen with the national opera and the 20 museums in the city. High culture has a place in this city, that is certain, with cultural objects raised above others as examples of aesthetics. The museums cover art, history, and wine, the last coming as no surprise. Cité du Vin is dedicated entirely to wine with an interactive exhibition. The best part is that even if you are not a great fan of wine, it is worth a visit to learn more about the culture and history of wine.

The Le musée des beaux-arts (museum of fine arts) has a daring name for anyone who values their art, and yet it lives up to its name and some. The permanent collection of sculptures and paintings reaches back into the 16th century. These are but a handful of all the museums available.

Museums may cater to the curiosity for culture, but shopping also has its place in Bordeaux! The Rue Sainte-Catherine is one of the longest pedestrian streets you can saunter around in Europe. This is also the largest shopping street in Bordeaux. If you stand at the beginning closest to the grand theatre, you can glance down and along the full length of the shopping street. On a busy day, it is a sight worth seeing, with heads bobbing all over the place, as people get in and out of fashionable shops.

Social with food in Bordeaux

Since Bordeaux is so close to the Atlantic Ocean and connects to it with the river Garonne, the seafood trade is active and has been so for centuries. This also means that you can find some food markets in the city that are a treat if only to understand the Bordeaux culture while sampling its local delicacies at the same time. The Marché des Capucins is the largest food market in Bordeaux, by the edge of Saint Michel. It has been around since 1749 when it was mainly a cattle market. These days you can sample the fresh food with a visit to one of the cafes or restaurants for lunch. The market is aptly known as the belly of Bordeaux, with the bakers, restaurants, wine merchants, fishmongers, and more. There will be more than the local delicacies, as the market also has stands for regional foods from around the world.

For the seafood lover, the Quay Market (Marché des Quais) will satisfy the palate. It is a riverside fish market that takes over the quays of Bordeaux on Sundays. The view of the river combined with specialty food such as the oysters from the Arcachon basin is a great way to start the day and end the week. The market opens early on Sundays, at 07:00, and is open until 13:00, with food stands that can be open longer.

An exploration of food delights in Bordeaux would not be complete without tasting the Canelés, a sweet custard cake with a caramelized crust and with rum and vanilla.

From the Garonne into the old town

To get a taste of the layout of the old town, you can begin a walk from the river Garonne, next to the palace. The river encircles part of the old town nicely. Behind the palace, there are age-old streets and the old town is found between Cours de l’Intendance and rue Peyronnet and is made up of several neighbourhoods. Place Saint-Pierre is a calm and open square suitable to catch your breath and check out one of the cafes lining the wall of a building. This is also a great starting point to explore the old parts of Bordeaux.

The Saint-Pierre district is also the birthplace of Bordeaux because this is where the entrance was created for the port for delivering goods to travel inland. Essentially this was where ships would moor and move goods to the harbor. This is also where the first church in Bordeaux was situated, and we are reminded of the professions of people by looking at the street names. There are streets named rue des Bahutiers (chest makers), rue des Trois Chandeliers (candlemakers), and rue des Argentiers (goldsmiths). The district dates back to Roman times and continued onward through the centuries with strong activity in the old port.

The Porte Cailhau was built in 1494 and is relatively unchanged during its 500 years of existence. It was built at the time to commemorate the victory of Charles VIII at Fornovo in Italy. Over the centuries it was then combined with the old city walls.

The Place de la Bourse is more than a landmark in central Bordeaux. It is also the formal end of medieval Bordeaux. When it was built in the 18th century it extended the medieval town of Bordeaux beyond the city walls. In more recent times, the area has been modified to increase elegance. It was already in front of the palace. A water mirror, called Miroir d’Eau was created. To say the very least, it makes for stunning reflections from the surrounding, people as well as buildings. And to reflect on Bordeaux, its present and its past, is oddly enough very comforting by the water mirror. Maybe the reflections of the buildings bring back associations of what is there, and what appears to be there. Bordeaux is rich in influences from people of the past. Furthermore, the Bordeaux of today carries so much that is interesting to see, experience, and to eat and drink. But Bordeaux, the city, is so much more than the wine it is known for.

[1] Source: Airport of Bordeaux, “Economy and tourism in the Nouvelle-Aquitaine region”, www.bordeaux.aeroport.fr/en/professionals/airlines/economy-tourism-nouvelle-aquitaine-region

More inspiration for your France trip

The tranquility in Bordeaux and nearby Saint-Emilion in France.

Explore Lyon and go to Beaujolais on a day trip.

Explore Canal du Midi with boating: The quick and easy way in Mèze or in Toulouse.

Can you find the beautiful French seaside villages? 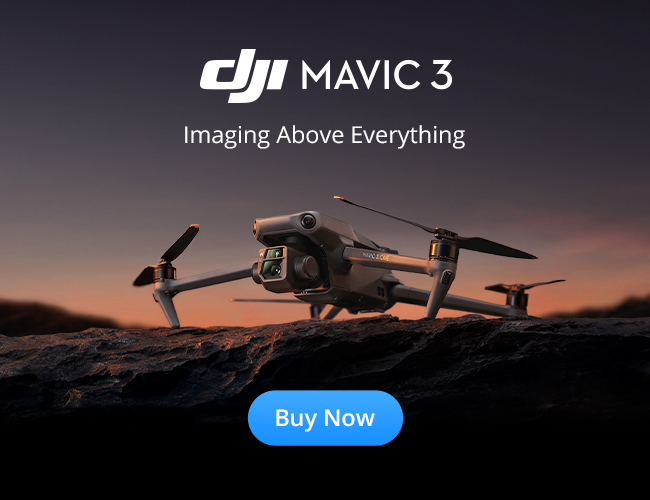