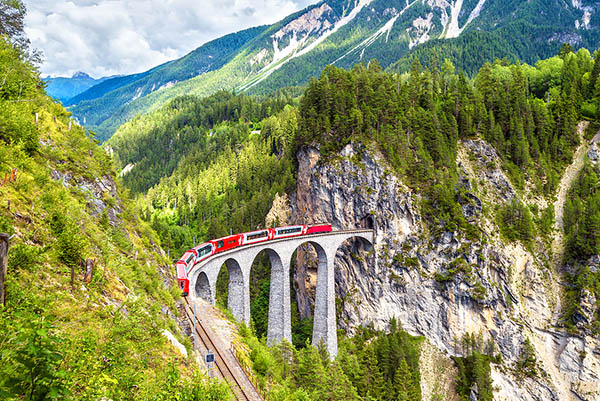 We are approaching summer 2021 rapidly and the question many keen travellers are asking themselves is: Can I travel with Interrail / Eurail passes this summer? We reached out to Eurail to find out what is on the horizon for going on holiday by train this summer.

After introducing the mobile passes in 2020, more than 93% of all passes that are sold are nowadays mobile passes. Quite a change, looking back at the paper travel passes of the past.

One interesting feature of this new digital pass is that after it has been purchased, the mobile pass can be activated at any time within 11 months. However, this also means that it is hard to predict when travellers who bought mobile passes will go on their Europe adventure trip.

In 2020 there were relatively more One Country Passes sold compared to Global Pass sales, but it remains to see if this trend holds in summer 2021 as well.

The mobile pass can be activated at any time within 11 months.

Last year in July we reported that one in three travellers had expressed a wish to continue with their original travel plans. The Eurail travel passes were about to be simplified with mobile versions. Now with these mobile passes released which allow for much more flexibility as for when to go travel, it is safe to say that Interrail has become even more exciting than in the past!