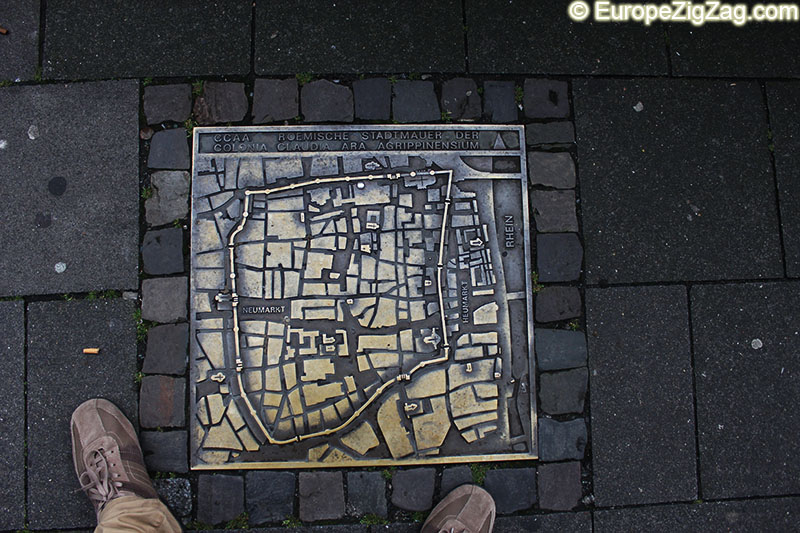 Cologne is under construction. At least if you would draw your conclusion from gazing at the cathedral which has scaffolding up along one of its towers, or, if you would judge by the sounds of roadworks machinery that makes out the ambient noise of the city.
We arrived late one evening just as Germany was preparing for the final game in the Soccer World Championship. With a light drizzle to welcome us we quickly decided to grab a bike cab that our gaze fell upon when exiting the train station. Cologne is small and with a bike cab it takes less than five minutes to go through the center.

After leaving the luggage in the hotel we quickly hit the streets to develop a first impression of the city. We worked up an appetite worthy of champions after an entire afternoon of walking along the city streets. So we set ourselves on the task to find a cozy restaurant to do dinner. Very rarely do you find a good restaurant when you want one at once, and it is even more rare to find a top notch restaurant in such a random way. This time we did! We found an Italian restaurant, well hidden in an alley but standing out with its warm and welcoming light.

This was Colonia Claudia Ara Agrippinensium

Cologne is deeply rooted in history and just to give you an idea: The Cathedral is situated close to the northern entrance of the original Roman colony that was established around 50 AD. The small northern gate to the Roman colony still stands, almost 2,000 years after it was built. The historical traces of the old city are visible everywhere and when you walk around the city you will see some of the original city wall and metal plaques in the pavement showing your location in relation to the old town. There you go, ponder on that.. Everything that was in between the Romans and the Germans, all the people who have seen this city flourish, diminish and change through the centuries. Colonia Claudia Ara Agrippinensium was the name of the Roman colony that in later centures turned into the city Cologne. Not much remains of the old city as seen on the plaques, but thumbs up for giving a glimpse into historical times and pinpointing one’s location mapped to the old town layout.

Cologne sits right next to the river Rhine and the city an important port of call for the trade routes. Sadly the city was almost completely wiped out during the bombing raids of the allies in World War 2. If you look at photos of the city from around the end of the war you can clearly see just how badly the city was damaged. The main bridge had collapsed, the same bridge that now boasts thousands upon thousands of love locks fastened to the rail. Ironical but befitting and able to strike a chord with any romantic mind. The love lock are a pleasant addition and allow you to glimpse into past decades as they often have dates on them with simple messages. It’s easy to spot a lock from the seventies or the sixties and althouugh Cologne has been restored and lost a lot of its original buildings, the love locks add an air of timelessness to the city.

The city also has a nightlife that is worth checking out. When I asked a waiter in a tapas restaurant how long one can expect bars to be open, the jovial reply was ‘all night’. This was proved to be correct as I saw that several bars toted how they were open until the break of dawn. This concluded the first impression of Cologne as a lively student city which is certainly a place to seek out some fun nightlife.