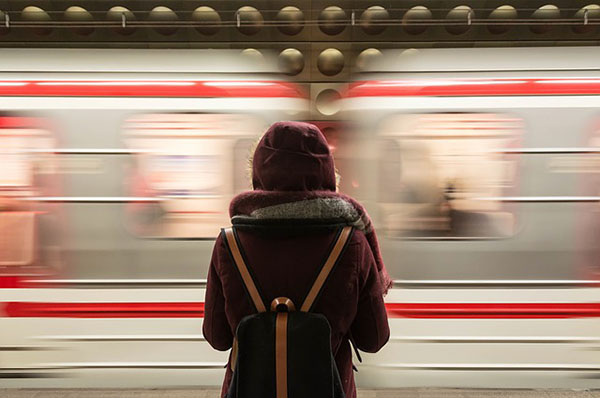 If a train is cancelled you still have plenty of options when travelling with an Interrail card. This happened to me and I was told to go to another train platform. Now as I arrived at the other train platform I saw that every single train carriage was smack full. I even stepped into one just to see what it felt like. Let’s just say that I couldn’t go left or right because people were standing everywhere. Two odd hours of sweating with a crowd, as if I was on a daily commute? No, thank you very much.

So I decided to simply step out of the train and walk around a bit, glancing at the billboard announcing departing trains. They were leaving regularly at this large train station, every 15 minutes or so. Noticing an interesting one and only with a few hours of travel while sipping on my coffee, I briefly considered jumping on it. Well well, there was a train leaving for a small town I had never been to! Yeah, I went with that train. So you see, how a train adventure can change with some spontaneous initiatives.

The kicker is that if I would want to go to the original destination another day, the trip back to my starting point would only be a couple of hours. Not much, and then it’s perfectly doable to go to the first choice destination with a less crowded train. Just make sure that you have enough travel days left on your Interrail pass.