But why are they unknown? Have they yet to succeed? Is their target market so-far outside of Europe? And most importantly, what does this mean for you who want to buy an electric bicycle?

On the 30th anniversary of Eurobike in 2022, held in Frankfurt, Germany, more than 1,500 exhibiting companies participated. The future of mobility is a trending theme this year and electric bikes have their stage in the international arena of bicycling. As I walked down the aisles of the trade show, the number of stands with no or very few visitors caught my attention. But the number of visitors to this year’s trade show was 27,370 bike enthusiasts. People from 105 countries came to visit the trade fair.

There are many brands of race bikes, e-bikes, and mountain bikes that I was not aware of. But how many brands are too many? When will the market become saturated? And how are we to know which brand to invest in as we purchase our first e-bike?

The trend with more electric bike brands can be illustrated by the plethora of brands that attended the trade fair in Frankfurt this year. Of course, the abundance of choices does not necessarily help the consumer to pick an electric bike brand that will survive in the market. But that is not the only threshold for a potential buyer. One could argue that the prices for e-bikes (often in the range of 1000-3000 Euro) are a considerable blocker to the people who want to purchase an e-bike. A regular bicycle for daily use of commuting to work (within a city), can usually be bought for far less than 1000 Euro.

Technological innovation is not enough

So if the price is one large blocker for consumers in this day and age, then another blocker, or at least uncertainty, is which brand to invest in. The e-bike industry has boomed in the last years and new brands are everywhere to be seen. But with any technological advance that reaches the consumer market, it can be expected that many brands will not succeed as businesses. After all, successful technological innovation does not equate to successful and revenue-making businesses. That requires a combination of skills, people, and to some extent, luck (a reference to a book, which one?)

But is the brand that important to you as a consumer? Of the many e-bike manufacturers that exist out there, do you need to analyze the bike features, range capacity, price, etc., as much as the company itself? And should you first ask yourself another question: Do you need an electric bicycle? That word, need, is crucial to dissect further in this context. Certainly, there was never room for bicycles in Maslow’s triangle of needs. But transport is a need in our daily lives. On one hand, we have the car, on the other, we have the bicycle. So where does the electric bicycle fit in here? 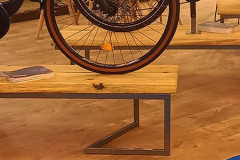 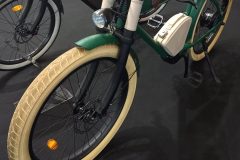 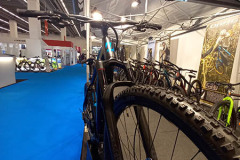 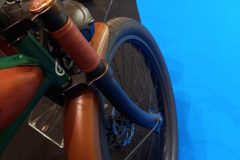 Ask yourself, where will you go, how fast do you want to get there, and what are you prepared to pay for that combination of range and speed?

Let us take a step back and consider technological innovation as a societal process. For the sake of argument, I have picked five technologies below.

(These are just a few examples to illustrate a certain argument, as seen below. The author is well aware that there could be other, more justifiable comparisons by association to the market of personal transport vehicles. However, for the sake of illustration of the argument, these selected products are considered adequate.)

Let us consider electric bicycles again. There are many brands out there. So what can happen to the manufacturer and the electric bicycle brand you are going to invest in? A few possibilities stand out.

First, the manufacturer might not sell as many bikes as required to stay afloat and make a net revenue, and subsequently, go bankrupt.

Second, the manufacturer might succeed in making a net revenue, and focus on a niche segment of the electric bicycle market, which will probably lead to higher prices for the bike brand.

Third, the net revenue by the manufacturer could be closely related to appealing to a broad customer segment, whereby the prices could potentially become lower than for competing e-bike brands.

These three possibilities are a selection and a simplification of scenarios that may or may not be more complex. Let us just look at a few examples of cases that do not fall into any of these three categories: An e-bike manufacturer can be bought by another. Or, the manufacturer might lose interest in the industry – Remember that electric bicycles are still a relatively new concept on the consumer market – A manufacturer could simply change tack and decide to get out of the industry.

Mobile phones are not smaller public telephone booths – So is an e-bike “just” a bicycle?

A perspective on when a replacement technology is more than the technology that was replaced. The mobile phone is much more than a public telephone booth in your pocket. So, we have public telephone booths that were simply replaced because of infrastructure changes, with digital electronics, but also with the Internet, combined with the production of ever smaller devices (mobile phones).

Then we have devices that saw the benefit of the increasingly smaller size of semiconductor electronics, with CDs and CD-ROMs, the devices evolved or were replaced but still saw a well-defined use case from before – storage of data with floppy disks and cassette tapes. And at the top, we have the car, which has evolved but so far has not been replaced. It is changing its propulsion system with electric cars and hybrid cars. But we still expect our cars to be able to drive as fast and reach as far on a “full” tank. After all the distances with motor roads remain the same and with our circadian rhythm, we do expect to get from point A to point B with a car in a certain period.

Can you not pedal your way to work, or to whatever venue you usually bike to? Of course, you can. But what more does the electric bicycle offer? It offers a range of up to 40-50 kilometers on one charge, which is much further than we expect the majority of people to bike in one day (for work or leisure). Okay, do you need to go that far, what could you do with a bike that can ride on bike lanes and that can take you further than an ordinary bicycle?

So several questions are worthwhile asking.

As a consumer, can you see yourself using an electric bicycle the way you use your bicycle? Is there another possibility for what you can do with an e-bike? This is a useful starting point when contemplating buying an e-bike.