Have you tried snowshoeing?

Tired of Netflix? Three ways to stay active this winter 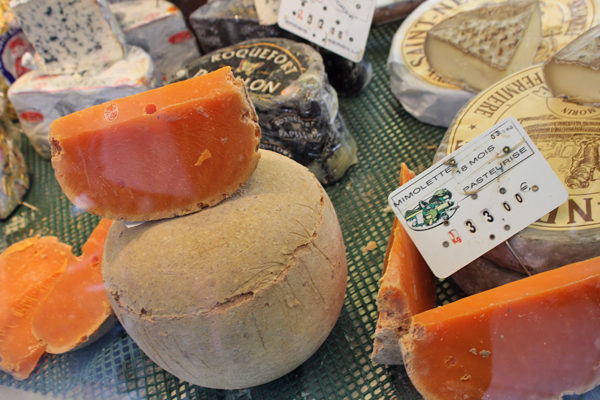 The Parisian summer climate is sticky to say the least. When the sun is out in Paris during summer you can expect clothes sticking to your skin and a constant yurning for a glass of ice cold water. This is exactly what we are reminded of as we exit Gare du Nord to make our way towards the north west in the city. In a cozy little hotel hidden away in western Paris, a cold shower is a welcoming event to prepare for the humidity that is so characteristic for a summer evening in Paris. No time to loose, we tell ourselves as we hit the streets. The first stop is Place Trocadero and we walk along the Seine to get there. That also serves as a good opportunity to stock up on Paris impressions, kitchy as they may be. After a long walk and a few photos with the Eiffel tower as a backdrop we stumbled upon a Sushi restaurant. With a healthy dosage of California Maki and Japanese beer it was time to talk about the Parisian lifestyle and the variety of subcultures in the city’s districts. We jumped between topics and speculated on Parisian habits when it comes to dining and socializing.

It turned out that we have had dinner in one of the wealthier parts of Paris, not far from Place Trocadero. I kept this in mind as we walked further along the Seine. As we crossed a street we caught up with a lady who was carrying a chihuahua and had two more trailing after her. A stereotype of someone who is well off financially for sure, but still a comical one! Full on sushi and acquianted with the Parisian tempo we set out to chill.

It was almost evening and we headed towards Rue Boileau in Boulogne Billancourt for a proper Parisian garden party in a cozy backyard. There we enjoyed plenty of good food and drinks, especially a bottle of Diplomatico that we nursed well into the night while singing French chansons, with the aid of an old television recording of Jacques Brel. With a view of a dark backyard through the open windows it struck me that surely this would come pretty close to the classical Paris so many Francophiles tout.

With the party coming to a close it was time to move on to the next place of entertainment which turned out to be a house party. We arrived to the beat of a television set pumping out house music videos in a living room with a group of chatty French people in their 20s and 30s. It was a convivial atmosphere with a hint of expectation for a fun night. Glasses were filled to the rim with Rumarrangee, the clinking of glasses to the exclamations of salut. It was June in Paris and the night welcomed the city’s inhabitants into the streets full of restaurants, bars and clubs. So the night continued and it seemed that Parisians party as hard as other Europeans, considering there are plenty of night clubs open until morning light. Nightlife in Paris turns out to be a longdrawn affair, we realised at 4 am when returning to the hotel.

Saturday arrived with no great fanfare other than a lingering expectation built up from the evening before. We set out to find brunch in Place Trocadero. It turned out to be an easy challenge. In little more than an hour of walking along the Seine we found a place that offered omelette fromage and the obligatory cappuccino. With a view over a busy street crossing there was the opportunity to observe the Parisians on their various errands so early on a Saturday. Full on food and observations we continued along the Seine to explore just a bit more. We walked to the Musee D’Orsay where the view of the river was soothing and we found yet a cafe to chill out in. So the day wound on with random walking and the occasional pit stop in a cafe here and there. Evening arrives surprisingly fast when you are having fun!

Over a meal of noodles we indulged in people watching as pedestrians walked by outside in the Opera district. This was June in Paris. People were settling in for dinner before another evening full of fun. After a long day of walking around we noted the pros and cons of living in Paris. We couldn’t decide on any one given advantage that would give a large or a small city the first prize. Instead we agreed that a combination of both is the most sought after in the lifestyle design we discuss. This should not come as a big surprise for most people. Well, shrugging our shoulders at this conclusion we started out to check out Place d’Italie and the convivial bars there, far from the hubbub of touristy Paris. That was we found a small place decorated entirely with dark wood furniture and with a obvious oldschool pub feeling to it. It was fairly similar to an Irish bar complete with the dim lights casting the slightest light over the bar, seemingly for always half-hidden in the shadows for the regulars to sit huddled over.

As the hours trickled past the bar turned into a makeshift disco with people dancing all around to the disco oldies that were playing loud to drown out all possibility of conversation. And why talk when you can dance away to disco classics from bygone days of the 1970ies and 1980ies, in a well hidden party district in Paris? A rhetorical question, for sure. Evening turned into night and we welcomed Sunday at dawn with an early breakfast on a random street, zig zagging back to the hotel. Jolly banter ensueed and remembrance of yet a special night in Paris. It was almost time to leave and we uttered a casual “a bientot Paris” as we grabbed our luggage at the hotel and made our way to Gare du Nord.