What do you know about these wine regions in France, Germany, Italy, and Spain?

Here comes autumn, did you miss anything?

What do you know about the Apennines mountain range in Italy? 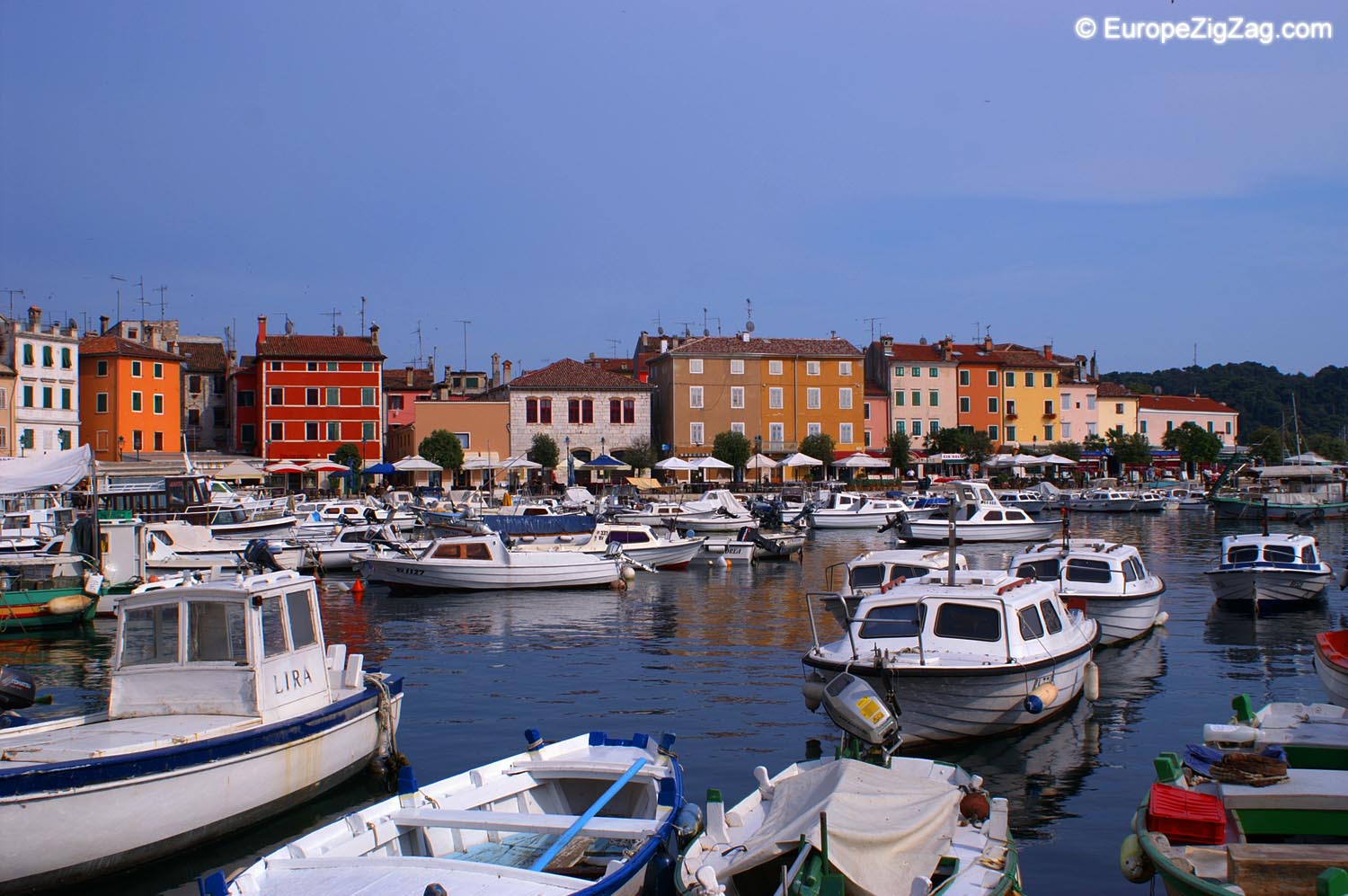 We entered Croatia from the most northwestern border where Italy, Slovenia and Croatia meet on the coastline by Trieste.

With a road trip of less than ten hours through Europe, from Prague in Czech Republic towards the south and finally arriving in Novigrad, we had plenty of energy left to soak up the last evening hours of sunshine by the Adriatic sea and find some lodging.

Finding lodging in Novigrad is a very simple affair. The city dwellers here are accustomed to tourists making their way along the Croatian coastline by car, so signs for private apartments, or “apartmans” in Croatian, are seen on many house gates and buildings.

So it was that we literally stumbled upon a large one-room apartment in Novigrad for 40 euros per night, which included a kitchen, a fancy air conditioning device and a bed fit for royals.

Just a few minutes’ walk from the beach, we could not be happier, as we had traveled less than a full day before we were able to enjoy a quiet late afternoon.

The coastline from Izola to Novigrad was dotted with smaller beaches with villages and many sailing boats moored close to the coastline. This is no big wonder should you stand on the docks in Novigrad and look out over the harbor.

The secluded little harbor is a perfect cove to anchor in and soak up the sun. The roads are well maintained and regardless of if you travel with car or motorcycle, you can expect a comfortable drive.

We continued south the next day and hugged the coastline most of the way where the road lead to Rovinj. The city has an outstanding profile as seen from some distance. The St. Euphemia Church stands in the center of the peninsula, high above the crowding houses below.

The baroque church spire can be seen from far away as a beacon of the old city. Rovinj used to be a fishing village before modernization, but it has roots as far back as when Illyrian tribes inhabitated the area, even before the Romans captured it in ancient times.

The harbor has a prominent place in the city, as the local center of trade and commerce for centuries. During the Republic of Venice in the 13th to 18th centuries, when Rovinj was one of the most prominent towns in Istria. The remains of the old city walls seen today are from that period when ample resources were used to fortify the town.

The entire area around the harbor is worthwhile to discover on foot. Take your time to stroll around and let your eyes feast on the fishing boats lying moored in droves, and the occasional modern sailing boat. After that you should pop into one of the nearby restaurants which naturally serve fish as fresh as it can be, usually the catch of the day brought in the same morning.

The city is very accessible with car as roads encircle the peninsula with beds for rent in almost every corner. Expect to pay around 40 euros per night which is the average price for lodging one night.

The most useful parking area is close to the harbour where cruise ships depart from. You should take your time pacing up and down the alleys in this city which has an intricate network of narrow alleys that breathe history from every little crack in the walls.

Naturally tourism has developed a lot here as well, and as we walked through the streets we did pop into souvenir shops, much thanks to the city has remained authentic and is not cluttered with trinket shops.

Rovinj might just be one of the few places where one can still feel the urge to visit small tourist shops selling items en masse as memorabilia.

Beaches are few and far between. If you are up to the challenge of finding one however, there are some in the outskirts of the city. We asked for directions to the nearest beach and were led down a white rubble road straight down to the sea.

It was a pleasant surprise to find a secluded beach with a camping nearby. Access to beaches can be difficult to find in the city outskirts, but when you succeed you will most probably find yourself on a secluded beach somewhere with shrubbery very close the beach. Beaches are usually quite narrow and surrounded with dense growth.

With a few souvenirs safely tucked away in our luggage, with the beginning of a mature sun tan after a few days in Rovinj, we drove further south to Pula, a city surrounded by coastal waters that introduce a wide array of naval sightseeing for divers. With wrecks from Roman times up to World War I, this is one of the most interesting places to go diving along the Croatian coastline.

The turquoise waters around the city frame the scene as a true gem in Istria. Pula is mostly known among travellers as a haven for seeing Roman architecture, with the two landmarks Temple of Rome (built during the first century AD) and the Arch of the Sergii.

As an important city during Roman times, it also boasts a Roman forum and two Roman theatres. Any historical buff who visits Pula will need several days to fully appreciate this city steeped in ancient landmarks.

Around Southern Istria And Further South

At this point you should consider whether to continue further south, through the Istrian peninsula and further south, or to take your time to explore the westernmost parts of Istria. If you want to set out on several days of beach and sunbathing, then there are more sand beaches further south, below Istria.

You should then focus on getting past Rijeka on the east coast of Istria. If you continue further south, you will find the islands Krk and Cres which are often visited by those looking for sand beaches and pleasant swimming waters.

Set along the Croatian western coast south of Istria is also the city Crkveniza, with a view over the channel and the island Krk on the other side.

Crkveniza has enjoyed a top position among Croatian sea resorts for decades, so long in fact that it was one of the best Yugoslavian beach resorts during the 70s. The beach walk has enough restaurants and pubs to effectively prevent boredom during the evening.

This is a good location for families, since there are plenty of family-friendly beaches and playgrounds with game courts. As such, the beaches are only meters away from a wide array of shops and restaurants, easy accessible and yet behind a tree line at many places to create a little more seclusion for the serious sunbathers.

Don’t miss out on the Crkveniza beach walk during evenings, when it truly comes alive with couples and families who strawl along the long beach. Over the years this location has grown with restaurants, bars and small shops, enough to do some window shopping and bar hopping for a couple of evenings.

Rounding off and moving on

One way to consider your options is to appreciate the coastal region south of Istria, such as Krk, and Cres, for traditional sunbathing vacations, while Istria is more suitable for discovering coastal cities that are visibly steeped in history and towns that are perfect to explore on foot. Whichever will be your choice, you are in for a holiday to remember!

Istria offers a variety of coastal cities that are splendid to get lost in and just soak up the atmosphere. While sunbathing is not the main attraction in cities such as Novigrad or Rovinj, they offer interesting city profiles and have rich history as the region was under the influence of Venice and further back, the Romans.