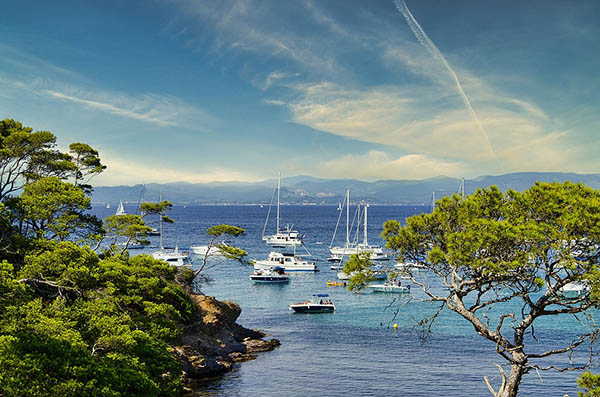 If you want a real travel adventure and feel like an explorer away from cities, then you might want to check out one of these exciting islands in France and Spain.

Porquerolles is off the coast in southern France, southeast of Toulon. The island is only seven kilometres long and has sandy beaches and water that is cerulean blue.

This is a well kept secret for nature lovers and adventure travellers. The island is a conservation site with a village from the 1800s and several secluded beaches. If you like sailing then this is a proper sailor’s deam location. If you are sailing to the island you can anchor offshore any of the dreamlike beaches, such as the Notre Dame beach. You can explore the island by bike or why not by boat and see the coastline. Some highlights on the island include Le Fort du grand Langoustier which is a fort that was built in the 17th century. Also you want to check out the windmill Le moulin du bonheur which has a romantic backstory. The location was supposedly a meeting place between lovers in past centuries.

This is the main island of a small archipelago on the coast of Pontevedra in Galicia. The elongated island is only six kilometres long and by the Atlantic Ocean. This rural island is perfect if you want to experience peace and quiet on white-sand beaches.

Head north to the Melide beach and and also visit the lighthouse Faro de Ons in the center of the island. There is a nature route on the island which is a walk of about 1.5 hours and that will take you to Melide beach. If you want to know more about the island’s history, the historic walking route is for you. That walk of about two hours will take you to the Area dos Cans beach as well as the Pereiro Beach with its camp site.

Enjoy the exploration of either island!