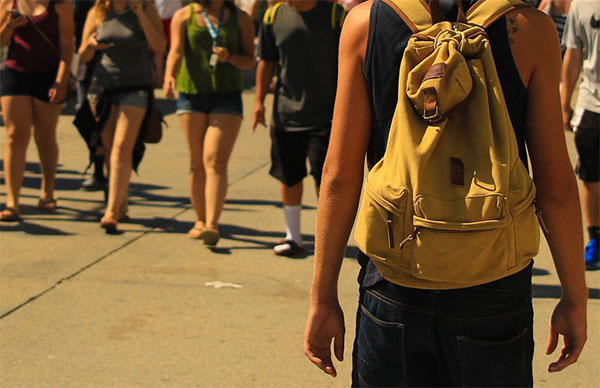 1. Travel when others don’t

This means that you travel just before or after summer season. Also try to travel in the working days Monday-Wednesday. People who are going on long weekends are still working then.

2. Travel with the smaller regional trains

The InterCity trains that cross all over Europe are faster than the regional trains and they have cross country reach, as well as into neighbouring countries. This means that these lines attract business travelers and first-time InterRail users. They are simpler to use and bring the travelers from one hot spot to another.

But if you travel with the small regional trains you can see places off the beaten path. You will have to change trains more often, but you can still get to those larger cities that InterCity trains go to.

It’s so cozy to stay in bed until around 09:00, isn’t it? And then to stagger slowly to the kitchen for a slow, slow breakfast, followed by getting ready for a train around noon. That is also what many others do. Sure, you may find that travelling around noon can bring less crowded trains, but chances are that most people travelling from one large city to another, are taking that train just before noon. Another advantage is that you can avoid families with noisy children if you go by the first train in the morning.

4. Pick hotels or hostels that are not super close to the train stations or in the centre

So you reached your destination, let’s dump the backpack in the hotel less than 100 meters away from the train station. Yeah, and that is exactly what the majority of the other travelers will do as well.

Instead pick a hotel or hostel that takes just a bit more time to get to, say 20 minutes or so, and requires a bit of a walk or using public transport. You will already be ahead of the game in two aspects: You get to see a place and area that most don’t, and it will most likely be less busy than in that hotel a mere 100 meters from the train station.

5. Seek out the neighbourhoods, cafés and restaurants that are not written about in blogs or travel articles

This is a challenge! Pick a few of your favourite travel websites or magazines. Then look for the neighbourhoods, cafes or restaurants that are frequently mentioned. Now try to figure out which areas in the cities remain, and start your research. How to get there, and a couple of places to visit.

This also goes for museums, if you are a museum buff. There are usually a few standard museums, so-called “must-visit” museums. Now try to find the quirky ones, the museums that are about peripheral topics that either aren’t too famous or simply not so known. To do this, I suggest that you do your homework with regional tourism board websites. They will certainly list the less known museums, since it also forms part of the city’s identity.