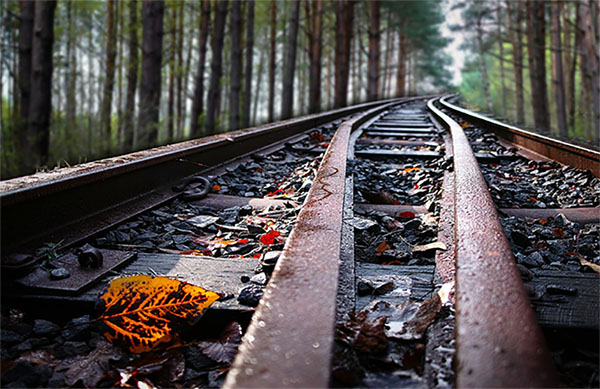 We have seen the age of air travel come and take over the scene for holiday travel. Since commercial aviation really took off in the 1960s, air travel has become cheaper and connected more places in the world than ever before. Air travel gained even more momentum in the 1990s with low cost airlines being introduced. This enabled more people to use air travel as a shuttle service to quickly jet between cities in Europe.

It turns out that the Intercity trains provided by the national railways can take you to the Mediterranean Sea or the Alps in less than a day from most locations.

Consider any typical vacation, say a beach resort or a skiing resort. Chances are that you will go by plane. The marketing for these holidays implicitly rely on plane travel to an airport from where you will be shuttled to your hotel. Generations of people in the western hemisphere since the 1980s have been shielded from a reality where airplane travel is exclusive and expensive. But let’s take a step back. What if you had two additional days to spare, you live in continental Europe and are going on vacation on the continent? It turns out that the Intercity trains provided by the national railways can take you to the Mediterranean Sea or the Alps in less than a day from most locations.

So what are the challenges? A number of circumstances come into play here. You only have so many vacation days per year, let’s say 20. Most of us don’t want to spend two days on going to and leaving the vacation destination. But rail travel is not that uncomfortable these days. Whatever happened to the idiom “the journey is half the experience”?
Airplane travel makes sense if you want to travel overseas. But what if you are travelling to the Mediterranean Sea from a European country on the continent? Or what if you are going skiing in the Alps or the Pyrenees? Or, what if you will stay inland for a city trip in one of the major tourist destinations Amsterdam, Berlin, London or Paris? Then it turns out there are more options. The alternatives are bus, car and train. Trains go on tracks and have been running on the same tracks which were laid out many decades ago. Trains have been improved in terms of comfort. This has often been due to demands from business commuters which have led to improved comforts that can be enjoyed by everyone.

You say: Trains and cars are slow and complicated

As with many other things in life, this is a matter of perspective. Trains and cars may be slower than airplanes but there are no checkin times, no passport controls, no idling in airports as you wait for the plane to taxi to the gate etc. It is common to spend two hours getting to an airport and completing all administrative checks and the waiting times before actually taking off. If you look at several countries in Europe, it takes around two hours to leave the country by train from the capital’s central station. During that time you can sip on a glass of wine and enjoy a meal, looking at the passing landscape outside the bistro car.

You say: I don’t have that many holiday days

You want to spend as many days as possible at the holiday destination. Fair enough. But where do you live and where are you going? If you live on the European continent, say Copenhagen or London (to take two examples of peripheral locations) you can get to many European cities with rail with little hassle. You would spend most of your time going to or from an airport, or waiting to check in, or waiting for a plane to actually take off. This is widely accepted. And wih the appearance of low cost carriers we are becoming used to being shuttled far out into the bush to the airports that are especially erected for these bus companies of the sky.

You say: Train and car travel is not flexible enough

When you travel by plane you go from A to B and that’s it. There is no possibility to stop on the way and your departure time can’t be changed, you can’t decide to just take a later plane without any additional cost. If it’s even possible to catch a later plane the same day.
Then there’s the whole issue of checking in, waiting to board the airplane and the actual takeoff. And when you finally land at your destination you have to wait for the taxing to the gate, then there’s the waiting for your luggage. You get the idea.
At least if you look at the stated departure time and the last checkin times. In reality you will end up waiting a lot.

You say: It’s too expensive – How to calculate the price of a plane ticket

Humans are creatures of habit. So with the possibilities of “low cost” airlines we are all allowing ourselves to be flown across Europe without considering options that would require some imagination of our own. Instead of applying some creativity to our vacation travels, we sit back in the airplane seat, squeeze our arms close to our body because of the cramped space, and tell ourselves that we are better off being flown around to places. Travel broschures, magazaines and web sites all tell a similar tale. Take the plane to the sun and the beach. With glossy images of beachwear hanging out of suitcases and beaming smiles from tanned people, we are led to believe that flying to a destination is really fun. But if you talk with people in real life the story is a different one. Chances are you will be spending plenty of money on snacks, magazines and other stuff in the tax free zone anyway.

Time is an asset

How did you get to the airport? Since we are talking about low cost carriers it is very likely that you had to travel over an hour to an airport and then wait for about an hour before really being on your way. Let’s compare with train travel. You get to your train station, wait for the train to depart without any checkin or luggage hassle. You can enjoy the facilities and restaurants in the station less than a minute away from the train platform. You board the train and get a seat that is definitely roomier than what you would have in a plane. You can move around at your leisure. Let’s say a stop in the bistro carriage for a drink while watching the passing landscape outside.
So what if you have a couple of extra days to spare? And if you want to enjoy the actual travelling as much as time spent at your destination? Then you have the options trains and buses. These are really convenient and offer you a more relaxing atmosphere. “The journey is the destination”, goes the expression, and why not enjoy the journey as much as the place you are actually destination to?