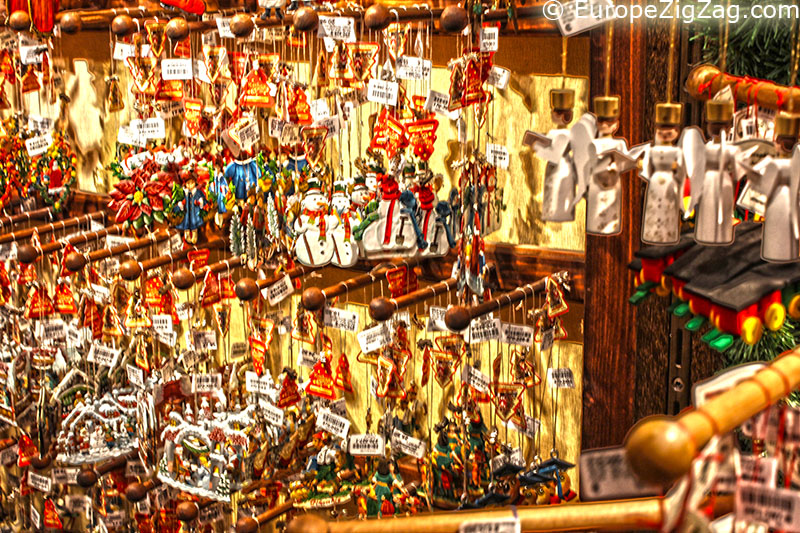 Bruges, So I’m back, with the difference that this time I have a travel companion. So is it really different to travel with someone to Bruges, Belgium, instead of going on a solo trip there? It is a question that beckons for my answer. With this being said, we set out on a search for fun for couples. Whereas the last time I did my best to avoid couples in Bruges, this time I (we) are determined to seek out the most kitchy sights and touristy places while holding hands.
Upon arrival I was reminded that the historical center is ever so slightly challenging to reach as no cars or buses go there. Walking happily along the road that goes to the historical center it quickly became apparent that late December in Bruges equals crowded streets and the obligatory Christmas markets.

The hike there is more interesting when you have someone to banter with, passing by the old buildings. Being on location with a +1 means that the gentlemanlike spirit is necessary, hence I pulled the lady’s luggage over uneven cobble stone streets. “So this is what romance is all about”, I mused while kicking the heavy suitcase over a curb.
With such a hike ahead of us we chanced on a quick visit into an H&M store which of course doesn’t count as a very romantic or cozy place in a city with such long and rich history. Yet, one pair of priceworthy mittens and a dress later we strolled towards the renowned old town market square, at least slightly warmer. Settled in the hotel after a tedious walk we ventured out on the streets that were reflecting Christmas lights all around. The first thing that struck us as interesting was the ice skating rink in the middle of the old square.

Ice Skating – Just how kitschy do you want to be?

How to spark up an old medieval town square in a romantic city like Bruges? Why, erect a temporary ice skating rink during Christmas! We watched tourists who themselves were watching ice skaters zip past on the temporary skating rink.
The daring ones will rent a pair of skates and give it a go, whereas others will stand by the side giggling at the attempts to look like Al Pacino and Gabrielle Anwar (Scent of a Woman) tangoing away to the amazement of spectators. Conclusion: It is better to try this on ice skates since they serve as such a good excuse if you miss a dance step and falling down like Bambi on ice is a common act among fellow ice skating artists. Whoo-hah!
Having had our share of giggles I reminded myself that the chocolateries serve as magnets unbeknown to tourists, who flock to the red and green decorations interwoven with, well, tons of chocolate. Spotting a chocolaterie is as easy as it gets, just turn 360 degrees where you stand and you are sure to spot one. You really can’t miss them as they have sparkling red and green ornaments around the windows, I can only pity the color-blind who can’t experience the orgy of colors emanating from the windows. We saw one a stone’s throw away and well there we gazed into the window to behold chocolate in various standard shapes. You have your Christmas Santa Claus, reindeers with white topping as noses, and what would a chocolatiers be without chocolate hearts in abundance. Now you want to take extra care to single out an extra charming package with a red bow tied around it, to give to your unsuspecting travel companion during the remainder of your stroll around Bruges. After all, what is a visit in Bruges without a healthy dose of romance.
We chose to unwrap the cute little package outside the chocolatiers. After having walked ten meters or so we had stuffed ourselves with chocolate hearts and chocolate santas and already started gazing around for something to drink. Chocolate in whatever shape does make you thirsty! This was also when we made the mistake of picking a cafe in the old market square. One cup of tea and chocolate later we were asked to cough up 15 Euros. This brought to mind the availability of water. As it seems mighty scarce in Bruges, since anything that contains water is heavily overpriced. My wallet sobbed audibly as we walked out and we swore not to enter another restaurant or cafe on the market square, or more appropriately, robber’s square. It seems that in Bruges like in all tourist hubs, romance is a pricey affair.

I could vaguely recall that during my last visit the canals in Bruges were quite the sight. With this in mind I was determined to show them off to my companion. This turned out to be more than a small feat as we hobbled around the little roads stretching out from every corner of the old market square. Finally we found a small and inconspicuous canal in deep shadows with houses crowding right next to it. The one cute sight was the make-shift Christmas a tree stump with branches equipped with lamps emitting a deep unsettling light, a much too bright white light creating sharp contrasts and blotting out softer colours. This was more fitting for an eerie film noir scene than your typical Hollywood romantic flick. The latter which we were trying to recreate.

Leaving the Christmas tree stump we continued with our checklist. The next step was to indulge ourselves with a romantic lunch and candlelights – check – in the middle of the historical center. As we sat there in the restaurant with solid oak furniture, sipping wine, throwing seductive glances at each other we became aware of the two couples that flanked us on each side. The scene was set for a Coca Cola commercial, minus reindeers with carriage and Santa’s “Ho Ho Ho”. If only there was some snow to complete the picture. But hey, the wine flowed and so did the idle conversation, with us complimenting the staff on the nice interior and adding all sorts of cordial phrases as a prelude for the generous tip to come. With rain beating against the windows it felt much more like late autumn and the Christmas lights and decorations struggled admirably to keep the Christmas spirit alive. With some success I might add.
The young English couple next to us confirmed that we were indeed not the only ones looking for a spark of romance in Bruges. As they had problems finishing their food, two huge meals of meat and potato, they forgot to gaze into each other’s eyes. Their dinner out seemed to be more of a competition of who could finish the meal first instead of a romantic affair with flowing conversation. This inspired us as we dug into our own fried chicken with fries, quickly forgetting any notion of romance and focusing instead on the craving of our stomachs.
The old alleyways in the center are lined with restaurants that serve Flemish food. As you enter one of these century old establishments it is easy for your imagination to carry you off to past times, wondering just what life was like in early medieval times. I’m sure there were fewer couples strolling around in search of romance.

The name Bruges is mentioned as early as the 1080ies and is likely derived from the Dutch word for bridge. The city has had a millennium to grow and plenty of historical events had passed by in the turmoil of time. That is a thought that gives you a sense of perspective. Well, imagining medieval times came to an abrupt end for us as modern pop songs started playing on the stereo in the restaurant, just in time for us to devour the dessert and hasten out onto the crowded streets again, elbowing couples as we strode towards the market square again. Yes, we simply had to see those skaters again. Be aware of that Bruges is crowded around Christmas, many are looking for the proper Christmas feeling in this little renowned city. This is paradoxical as the huge crowds hurrying along the streets ruin the feeling of Christmas in a small town.

Modern Times Around The Corner

With the city’s long history in mind, take your time to stroll away from the few blocks that constitute medieval Bruges. You might not want that reality check but we found it interesting to see what life is like in contemporary Bruges. You will not have to venture far as the Old Town Bruges is really a compact little place. We walked less than five minutes straight away from the center only to enjoy a pizza in a typical neighbourhood pizzeria. The pizza was more of a huge piece of melted cheese with some dough beneath it while the pizzeria setting resembled any other in a western European suburb. From the window the old market tower was also clearly visible – Welcome to the real Bruges, said I. There, in a restaurant a few hundred metres away from the historical center, with tables and tablecloth made of crisp see-through paper and people nibbling away at their pieces of cheese with dough (or the other way around, I really can’t tell which was the main ingredient). This restaurant would have been easy to steer away from was it not for the glances to and from your enamored companion that require your full concentration. Then again, is it not better to have the Christmas idyll of historical Bruges contrasted with the one that reflects daily life – In a pizzeria, with locals enjoying (or maybe not) their pizzas over casual day-to-day conversations, shopping bags flung over the back of their seats and weary eyes from the Christmas stress. Remember that there is nothing that stops you from bringing some of the idyll out and away from the historical center, with all its restaurants and expensive cafes. With that being said, pass me the last chocolate heart, will you, please.