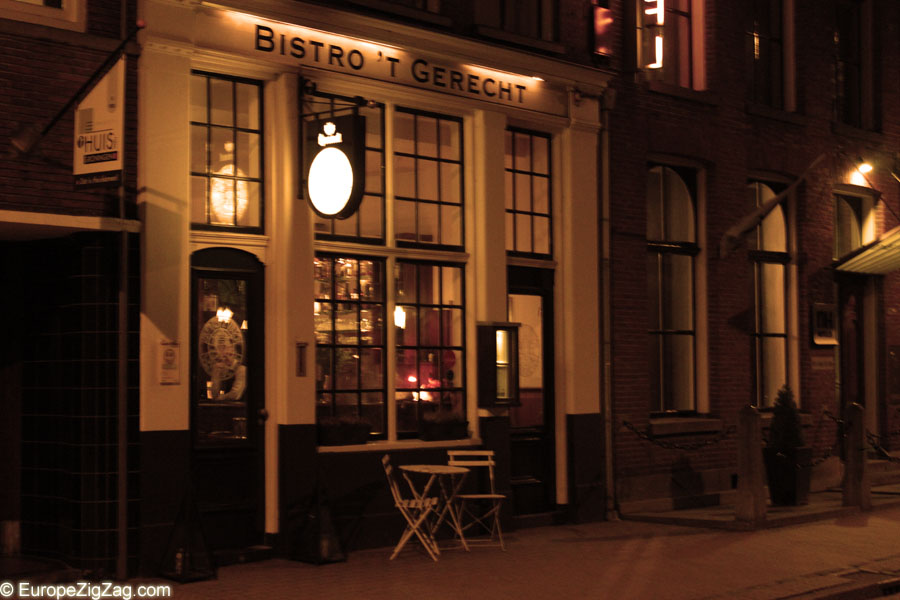 Groningen might fool you. It seems to be a quiet little town in inconspicable north eastern Netherlands. Yes it is small and yes it is quiet in comparison with Amsterdam. But this city is the home of an old university and young students hungry for fun. As such, you can expect a vibrant nightlife and some very awesome restaurants and pubs. The city is known as the Metropolis of the North in Netherlands.

Where do you start? I mean, you come to Amsterdam and that’s where all the action is in Netherlands, right? Why did I hop on the train to this little university city far up north? Many worthwhile thoughts, and hey, as I got off the train, I quickly established that this is for sure a small town. As I made my way to the historical center this was even more obvious… The bus ride took about one and a half minute.
In central Groningen there is the Goudkantoor which is a 400 year old tax office by the city hall. There you have the opportunity to check out old northern renaissance architecture while sipping on a coffee. And that while allowing yourself to take in the sights that have not changed much over the last centuries in Netherlands. The most eyecatching sight from the Goudkantoor is the Martini Tower that stands in the middle of the old town. The Martini tower, what to say, what to say… Well, it certainly is very visible. Wherever you are in the center of Groningen, the tower will be towering over other buildings. Other than that, well, it is just a tower and quite inconspicuous but for the fact that it is a pretty tall one. Remembering my own student days I realize that this is perfect as an aid for students trying to make their way back to their homes after a night in a pub.

A Tad of History

During the Dutch-Spanish wars there was terrible fighting here because the city chose to fight on the Spanish side in the 80 years war. Groningen lost its independence and soon thereafter allied itself with the Republic of Seven United Netherlands. In the middle of the 80 years war, in 1614, Groningen University was founded. This is the second oldest university (Leiden has the oldest one). And this is a fact that definitely altered the cultural development in the city, with students from all over the country living in Groningen.
Long gone are the days of the Spanish imposing rule of the Dutch lands and at most you might run into a Spanish exchange student. One sidenote is that Groningen does feel very ‘Dutch’, compared to Amsterdam that is teeming with expatriates and tourists everywhere. The closest I got to an international feeling was in the Goudkantoor, where an American middleaged couple was arguing with each other.

For the romantic couple looking for a fitting setting I suggest Hotel Corps De Garde. With its dimly lit bar serving all kinds of spirits, a small library and a vinyl record player and a chess table, the atmosphere for nostalgia is there. If you really want to try the gallant way of living it, strawl over to the bar in the hotel, order yourself a cocktail and sit down to play a game of chess with your travel mate.

Stick to the Akerkhof street, Oosterstraat, and Peperstraat for a large selection of small and cozy restaurants. Enough said. :)

There is not much of this in Groningen, which is the exact reason why many choose to go there. Sure enough, if you are up for a late night party, then you can always go to the student bars. If you fancy daytime activities, then strawling along the canals and boat cruises are your best bet. For myself, I was happy to find the Huis de Beurs, a café with a very old history and an authentic village feeling to it. If you are a happy language enthusiast like myself, then you can read about the history of the place in a menu printed in old magazine style with appropriate font. If that doesn’t transport you back mind some 100 years back, I don’t know what would. The music playing in there, the interior design, and then this old style menu… yes, all very fitting touches making Huis de Beurs a must-see.

My last night out in Groningen it started to snow. Eating some very tasty nachos, looking out the window of a restaurant, I suddenly saw snowflakes floating past the window. Yes, it was the first snow this winter, and I saw on my third day spent in Groningen. I’m not entirely sure, but with the second plate of nachos finished I decided that Groningen is well worth returning to for relaxing weekends. And that resolution stuck although a snow blizzard ground my walk down to a crawl as I made my way back to the hotel. As for my originial question, why go to Groningen? Well, go just because it is different from Amsterdam and gives you an idea of what a small Dutch city looks like minus tourists and souvenir shops.