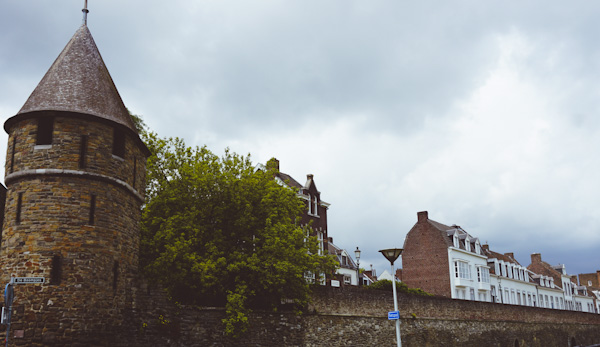 Maastricht is tucked away in the south of the Netherlands. To the west lies Belgium, and to the east is Germany. Cologne in Germany and Liege in Belgium are two cities that are a short drive away from this Dutch gem of a city.

For a different stay over a long weekend, Maastricht has a diverse offering. This capital of the region Limburg has had an exciting background over the centuries. The various escapades by the neighboring nations have left cultural landmarks and traditions alike. Take for instance the incursions by the French, and the Spanish some centuries ago. In many ways, this region is a mix of cultural traditions and somehow it has found its own identity as part of the Netherlands since the 19th century.

But we can trace the story of Maastricht much further back, to the Roman times if we want. If we then fast forward to the Early Middle Ages, then Maastricht and Aachen were the heartlands of the Carolingian empire. This area was at the time flourishing with trade. This is evident to this day and age because the Merovingian coins stemming from this region can be found in many places in Europe. No wonder the city of Maastricht still boasts exciting sights and food that draws from its history as a trading hub with the east and west. Maastricht did not become part of the Netherlands until 1815 after it had belonged to France during the Napoleonic era and earlier. If you want to get a perspective on the history of Maastricht, then it is a curious fact that the character d’Artagnan in the Three Musketeers is based on captain-lieutenant Charles de Batz de Castelmore, who fell in battle outside the Tongersepoort, one of the city gates of Maastricht at the time. That gate was a remnant of the medieval fortifications of the city. As part of the efforts to transform Maastricht from a fortress to a modern city, this old medieval gate was removed. But to this day there is still an old photo from 1868 which shows the Tongerseport being demolished. From its past glory as a fortress, Maastricht has become a city of commerce, food, and art, with a cutesy little city with shops, restaurants, and spaces to sit outside and bask in the sun.

The food scene in Maastricht is diverse and the city is a melting pot for the region’s culinary traditions. Just to mention two examples for a more modern setting and a classical oldfashioned bar.

Café Zondag in a modern setting

The hot dog with sauerkraut and mustard in Café Zondag (Wycker Brugstraat 42) is a must-have! This dish inspired by German cuisine is a hearty meal suitable for lunch.

The goulash and chili con carne are two filling and delicious dishes in Café ‘t Pothuis, a traditional bar and restaurant on Het Bat 1. Both are made with the finest tender meat and how can you resist having your meal in a setting that reminds you of past decades. The interior is full of photographs and old marketing posters from past decades.

Check out Maastricht by foot

The traces of medieval times are spread out in the Old Town of Maastricht. It starts with the St. Servaasbrug over the Meuse, the oldest bridge in the Netherlands. It is still standing since the 13th century. This bridge connects the Old Town with Wyck, and towards the train station.

The Dinghuis (Ding House), used to be a medieval courthouse. As you parade up and down the Vrijthof square, be sure to check out The Hoofdwacht. The classical medieval sight is Helpoort, a remaining medieval city gate from the 13th century. This is the oldest one that is intact in the Netherlands and a true insight into what it would look like when entering the medieval city of Maastricht. Notice how relatively narrow the entrance is, and the typical medieval walls and a guard tower on the corner. Further down the road, you can visit the café D’n Hiemel (24-A, Sint Bernardusstraat, 6211 HL Maastricht) that is mere meters away from the medieval city wall. If the sun is out, you can sit just next to the medieval city walls and let your imagination run free of medieval times.

Combine your shopping with sightseeing on the Grote Straat and Kleine Straat, as well as the high-end shopping street Stokstraat. Satisfy your hunger for shopping on this fancy street, and take a break along with the café and restaurant scene by Vrijthof, the most popular square in the city.

For a feeling of how old – and smaller – Maastricht, might have felt like walking around in, then visit the Jekerkwartier. There you can see the small river Jeker that winds its way between houses. You won’t lack blissful nature retreats to relax in when you visit Maastricht. The Stadspark with the extension Aldenhofpark comes to mind. This is also where you will find a statue of D’Artagnan. But you can visit several green spaces in the city.

St. Servaasbrug, is not just a bridge but a place to hang out

As you wind down in the evenings, there are several bars close to the St. Servaasbrug, overlooking the Meuse. The views around the bridge leave little to be wanted, and on a warm day with the sun setting in the east, you are set for some sunset photos of you and your travel party. If this place was good enough for the Romans to cross the river, then surely it will be a treat for you as well as you sip on a drink and have a snack to conclude your days in Maastricht.

More inspiration for your trip to Maastricht

5 ways to make your visit in Maastricht a cultural adventure