The comeback of sleeper trains in Europe!

Check out Innsbruck on a day trip from Munich 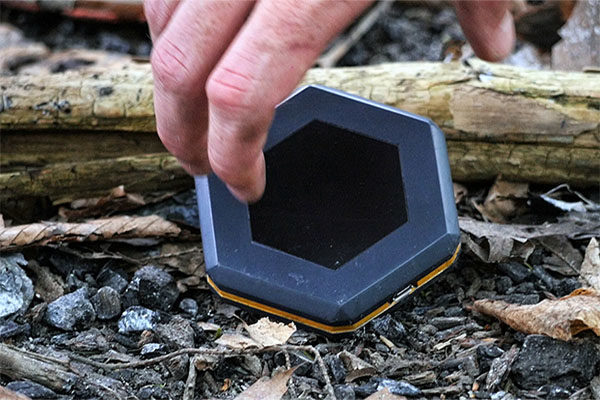 You like to travel. You also want the ability to communicate with friends and family using radio communication in places where the mobile network cannot reach. Because remember that mobile phones are still using radio technology and depends on the availability of mobile towers. This is what Sonnet Labs want to change by introducing their own Sonnet wireless mesh devices. I get the chance to talk with Randolf Gioro who is the CMO at Sonnet Labs to discuss how they want to evolve the of world radio communication.

A device created out of concern and caring

First off I wonder how the idea for Sonnet came about? Randolf tells me the touching story of a dad and daughter in the remote Algonquin Park that is 765 hectares large. Jimmy who is the CTO of the company was on a family vacation when his daughter got lost in the mountains. Because of his daughter’s hearing issues it took the family a great effort to find her when she was lost on her own in park. This traumatic experience made Jimmy begin contemplating on how to create a technological solution that could be used to communicate in remote areas.
The product is now nearing completion after a successful funding campaign. Essentially the Sonnet devices are meant for savvy travellers who often travel in the outback and find themselves far away from the mobile towers. This is the intended use case for the Sonnet Mobile Mesh Network devices but let’s paint a picture that we independent travellers can relate to. Randolf helps out with this as he puts the finger on the matter “Wherever you find your signal bad, wherever you find your signal nonexistent, Sonnet is meant to be there for you.” He explains further how a simple idea of finding someone who is lost has turned into a startup that develops both hardware and software. ”Sonnet Labs has grown into a technology and hardware platform that wants to have a great impact on the mobile communications area. We are quite international and decentralized, with our headquarters is in Canada and the product is manufactured in China. The industrial design is being done in Seattle. The graphics design such as logo etc. is being done in Warzaw, Poland. The UX design is being done in Washington, USA.“

During the product development and the seed funding campaign, Sonnet Labs received plenty of feedback that was taken into account for redesign and development. “We decided to change the external design as requested by our customers. Customers want all three known frequencies so that the regions USA, Canada , EU, and Asia are covered”. This was due to the simply wish that came in “Can’t you just offer a combined solution with all three frequency bands?” Such a simple question with broad implications resonated with the product development team and at the upcoming product launch we can expect the Sonnet devices to be truly international. But then what will the day-to-day usage of the wireless mesh network look like? I ask Randolf to inspire us as for how Sonnet devices could be used.
“Consider Internet sharing. Say that you and me are connected. I have my cell phone and it has a 3G connection, I can share that with you when you are connected via Sonnet some distance away. Another example, say that you are like three kilometres away from a lake. You set sensors in the lake to monitor the fish. You can connect with your own custom solution using our third party APIs.” It seems that the Sonnet communications device is a superb choice for campers, hikers and off-the-beaten path travellers in general. This goes far beyond simple voice communication in the wilderness. But did Sonnet Labs already think of other use cases for the device?

Reach far, as in really far

That question brings us to the effective range of the Sonnet devices depend on the terrain, which can be expected. “With a clear line of sight, either urban or wilderness, you can have very good peer-to-peer range, up to 15 km. This is the case for communication on a straight street, or at sea, and between mountain top. In open areas including mountains and open fields, expect a 4 km range. In congested areas, like cities, and forests, expect typically 2km range. So averagely let’s say 5km range.”
It will be possible to network several Sonnet devices in series with up to 240 km theoretical range but practically an effective range of about 100 km can be expected. “It’s really up to the individual environment. It’s recommended to have visibility between the devices, but not a must. You can use it where areas are congested or visibility is limited. Here in downtown Toronto you can get a maximum of 2 km range.”

Sonnet devices will be able to help more than holiday goers on vacation in the outback, as Randolf points out. “NGO workers in very undeveloped regions, such as the Myanmar-Thailand border area are one example. Disaster relief can also find enormous value in Sonnet when the network and infrastructure is totally down.” With the usage of long-range radio waves, this should possibly be able to use for scientists and engineers working in remote locations where they need reliable communications? “It’s not only possible but already confirmed use here. Sonnet will be used in Hawaii and Puerto Rico in an ecology program aiming to study and preserve endangered species. Some local engineers in Alaska are also interested in building a self-reliant alert and backup connection system for small towns there. Mapping engineers in Poland also plan to integrate Sonnet as a data transmission tool in mapping projects there.”

There are of course some areas in the vicinity that have proven great for initial testing. Randolf mentions a few. “People residing in remote areas such as small towns in Alaska and big farm owners in Alberta in Canada have found Sonnet wireless meshes very useful for their residential use.” When travelling around in a certain foreign country with bad mobile coverage, you can use Sonnet to skip the network wherever you setup camp and stay connected for free with your friends and teammates if you work in a field research team. “Whenever and wherever people face non-existent or unreliable signal, there is a need for Sonnet. Most backers will use Sonnet for their outdoor adventures either in total outback country or where the signal is unreliable. This includes hiking, camping, hunting, mountaineering and more. But also search and rescue missions.” He goes on to mention how some farmers have shown interest in using the Sonnet devices to remotely control farm gates or feeding machines. It seems that Sonnet Labs’ innovation may just turn into a new gadget with a wide range of possibilities for creative technology hobbyists out there.

The tech you need to have – A mobile phone

The devices will be of the plug and play type. So basically you start your Sonnet app and select which hubs to connect to. One hub equals one Sonnet device. You then connect your mobile phone to the nearest Sonnet device, and also connect to the next Sonnet devices using the mobile app interface.”
It’s all good to have a Sonnet communications mesh setup, but since this will be used with mobile phones, how much power does a Sonnet app/connection use? Thoughts of drained smartphone batteries are too common to ignore. So what about the need for hikers to use solar chargers with their mobile phones to become truly mobile and flexible? It turns out that the battery lasts for more than a full day. “We will have a built-in 5000mA battery in it and its battery life is 24 hrs. So 208 mA per hour. A solar panel can be used in combination to recharge while out in the wild. The exact minimum power requirement to keep Sonnet running continuously is 5w power output.”

A couple of months until playtime

‘The finalization is up to 80% done and we are now working on the final industrial design. Product launch is coming in 2-3 months.” With this I conclude the interview with Randolf from Sonnet Labs, now eagerly looking forward to use the Sonnet devices for wireless communication in the outback.